Regpac Revolution, headquartered in Singapore and BusinessForensics, headquartered in The Netherlands with a presence in Singapore, have announced a partnership agreement for the Acceleration Program in the SEA Region effective the 25th of April 2019. By joining forces, the partners will be able to create awareness on the underlying technologies that respond to the complex regulatory requirements and financial crime scene that institutions are becoming increasingly exposed to.

In aid of acting upon the rapid pace of change in the regulatory environment, institutions tighten their internal controls and regulations which often results in an increased number of false positive alerts and a higher workload amongst compliance departments. According to the Ponemon Institute, the average cost of time wasted responding to inaccurate security intelligence can average $1.27 million annually. This in turn prompts demand for innovative regulatory technologies that prevent and fight fraud as well as other forms of financial and cyber crime, while reducing the amount of false positive alerts.

“We are very excited to be welcoming and working alongside

BusinessForensics. We are aware of the gap in the market for innovative solutions that respond to the heightened regulatory environment that Singapore is characterized by and thus look forward to seeing the transformations that Business Forensics can bring for organisations in the region to monitor, prevent and investigate fraud as well as economic and cyber-crime. ” 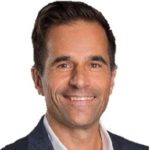 “We cover regulatory compliance at lower costs, while reducing the operational risk profile, making banks and insurance companies more resilient. BusinessForensics is market leader in The Netherlands with a majority of European banks and insurance companies using our software in their fight against financial & cyber crime. In 2018 we expanded to Singapore as one of the biggest financial hubs of the world and this Acceleration Program with RegPac will definitely speed up our growth in the SEA region.”

RegPac Revolution is a RegTech ecosystem builder that strives to co-innovate, develop and accelerate the Regulatory Technology industry through constant cross-industry collaboration with different stakeholders across the ecosystem. Through multilateral and bilateral initiatives, RegPac promotes and educates about the underlying technologies that are revolutionising the compliance and risk management sectors.
www.regpac.com

BusinessForensics is a FinTech (RegTech) product vendor with their headquarters in The Netherlands and with a subsidiary in Singapore. Their ambition is to help banks and insurance companies to better protect themselves against financial economic crime risks by providing them a state of the art digital risk analysis software product.
www.businessforensics.nl