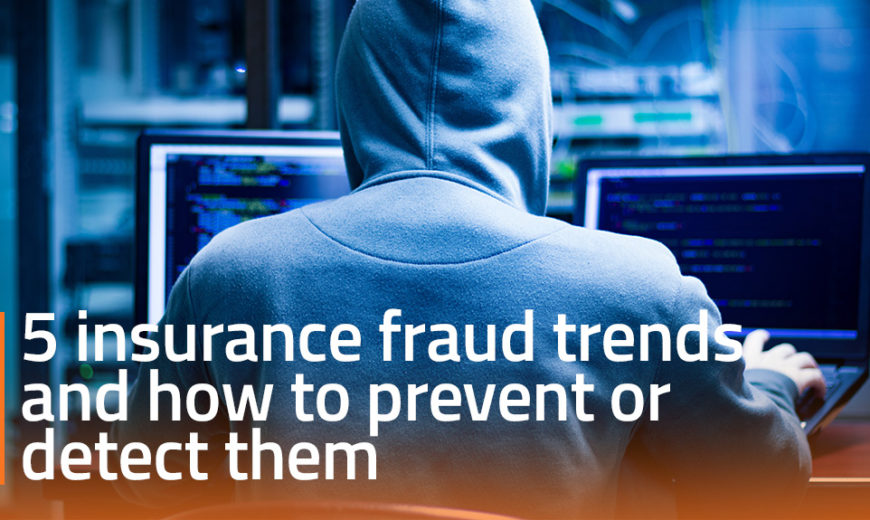 But when it comes to insurance fraud, everyone is a suspect. Not only criminals make false claims, but ordinary people do so too. Most people take advantage of the opportunity to claim more when they have a real claim. For example, when they had a car accident, they might also claim an older scratch. But fraud is a sensitive issue. Most people take offense to being accused of issuing a false claim.

Yet, attitudes of the general public on the severity of insurance fraud are still apathetic. Is it because people don’t realize that fraud affects premiums? Or, is their current situation dire enough to only think about their short-term gains? Whatever the reason, it’s hard for insurers to combat fraud. Through this article, we’re offering a bit of help by outlining the five trends in insurance fraud and the solutions that help detect those fraudulent claims.

When it comes to fraud committed by criminals, identity fraud is usually the first step to their scams. Online onboarding has made it much easier for criminals to use a fake identity while taking out insurance.

To prevent criminals from taking out insurance on a false name, the KYC-process needs to be on point. But not only do potential clients need to be vetted before they are onboarded. The periodic account review allows insurers to verify the up to dateness of client data. At the same time, a client’s risk rating is reassessed which plays a big part in detecting identity fraud.

The anonymity of the internet makes it easier for intermediaries to sell fake insurances. But it’s not just clients that need to be vigilant. One of the methods ghost brokers use is to buy a real policy from insurance companies to sell to an actual customer. Only, they change the personal data of that client, usually unbeknown to them, to get a cheaper deal.

To prevent ghost-broking, KYC is again key. It’s important to screen both the intermediary and the customer. Periodic reviews on intermediaries also make sure that they’re not all of a sudden on a PEP or Adverse Media list, for example.

Car accidents happen every day, but staged accidents are on the rise as well. These are organized crimes involving many complicit parties. Bodily injuries and car damages are the obvious claims in such a plot, but criminals don’t stop there. Thomson Reuters reports:

“One popular plot is to orchestrate a staged automotive accident between two cars where the actors involved claim fake injuries. The actors visit a complicit medical center for “treatment” where falsified medical billings attached to fake identities will be submitted as an insurance claim. At the same time, a complicit auto body shop will create false property damage claims. As a result of this fake accident, the insurance company pays out false claims related to both the property damage to the car and expensive medical claims. The criminals might also use the same injuries to purport a workers compensation claim and submit to the same insurance company, a rarely detected move given each claim is reviewed by separate business lines.”

Take note of the last sentence because the right software can easily detect this scam. Through data-driven investigations, links between alerts and cases become visible. Which will make it much harder for criminals to exploit the disconnect between departments.

A surge in property claims is inevitable as the climate changes. This also means an increase in opportunists exaggerating damages to their properties or even worse, people making false claims about their involvement in disastrous circumstances. Since hurricane Katrina for example, United States federal prosecutors have charged 1300 cases of disaster fraud.

In Europe, more frequent wildfires, floods, and storms can cause a rise in embellished claims. For example, more frequent storms mean there are more opportunities to claim damages to roofs.  Every damage claim is an opportunity to exaggerate.

Through digitization, insurers have more data. That data can be used to create behavioral profiles and peer group analysis to detect unusual claim behavior which could be an indicator for fraud. Making good use of the available data will make it easier to detect fraud sooner.

Also, by using a solution based on machine learning, your system learns from experience and is better equipped to detect new types of fraud.

Will 2020 be the year your company switches to data-driven fraud detection and investigation?

Insurers are making a lot of effort to prevent fraud. They are constantly searching for ways to prevent fraud, for example by working together with behavioral analysts. The Dutch Financial Intelligence Unit also does a lot of research on generic indicators of fraud. But fraud is still hard to detect. To this day, it’s estimated that the number of detected fraud cases only represent the tip of the iceberg.

That being said, detected fraud cases are on the rise. This doesn’t necessarily mean there are more people trying to earn a buck by issuing false claims. It’s very probable that better use of technology makes it possible to detect fraud more often. Data helps to generate specific signals of possible fraud. Insurers can save a lot of money by preventing and detecting fraud. Which ultimately allows them to get the competitive edge by lowering their premiums and keeping their integrity standards high.

Learn more about how data-driven research saves insurers money in our white paper. 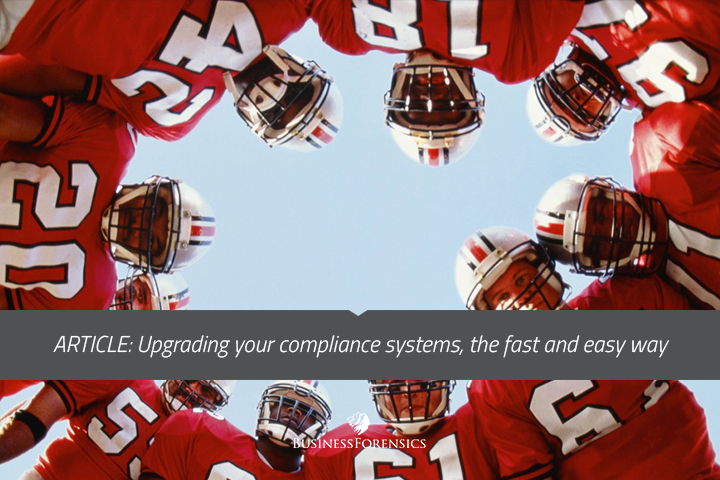 Upgrading your compliance systems, the fast and easy way